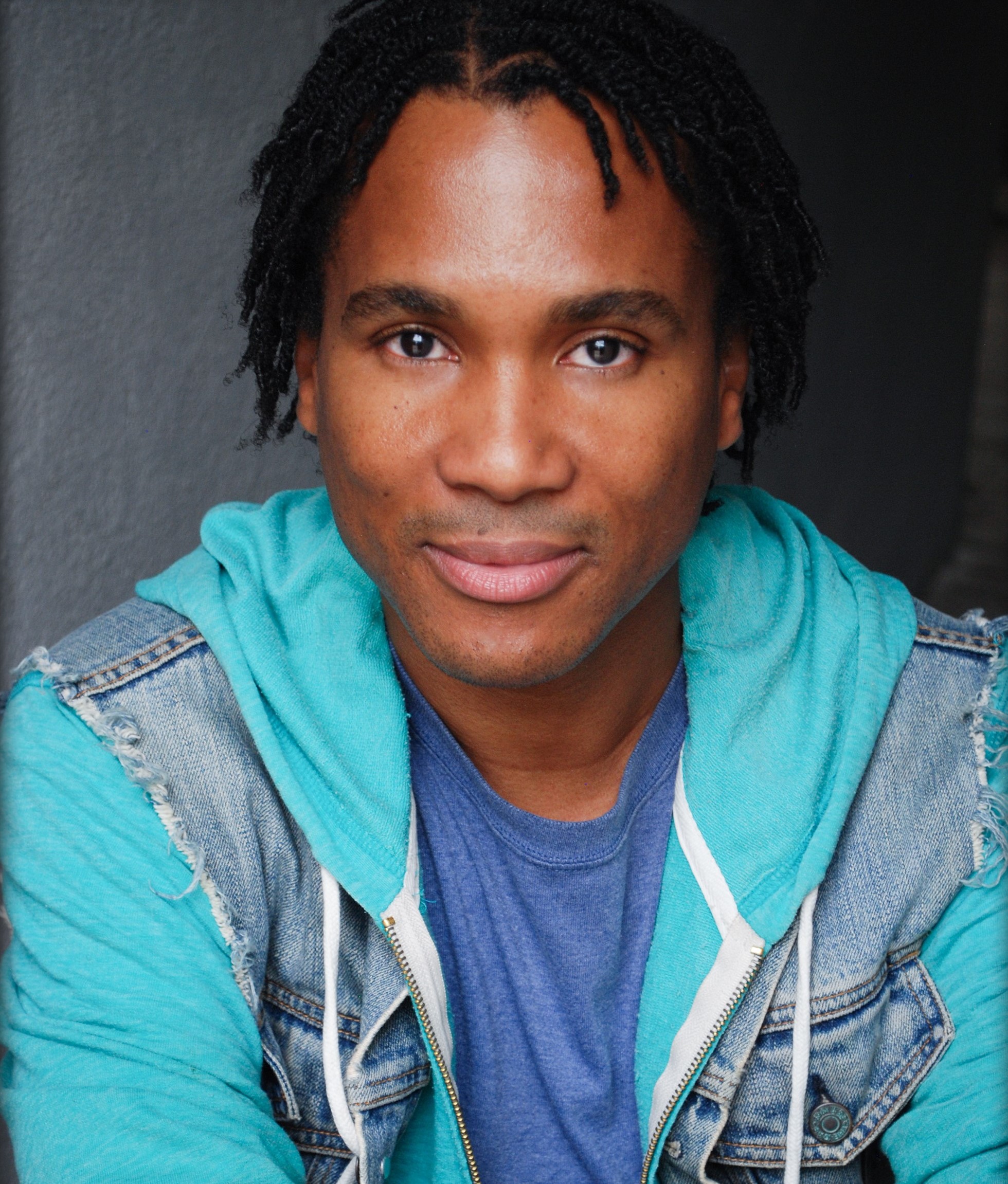 A native of Baltimore, MD, Eric began performing professionally at age 14. He made his Broadway debut in The Lion King, and went on to the Broadway casts of Hairspray, and Mary Poppins. Some of his favorite theatre roles to date are Bronco Billy in Bronco Billy: The Musical, CC White in Dreamgirls, Scarecrow in The Wiz, Young Jelly in Jelly’s Last Jam, Seaweed in Hairspray, Donovan in Something Happened, and Asa in Bonded.

Eric grew up performing in Baltimore City at the Arena Players Inc., the oldest African-American Community Theatre in America; and studied musical theater at the George Washington Carver Center for Arts and Technology, receiving the Spirit of Carver Award upon graduating.

Eric received the Eubie Award from the Eubie Blake National Jazz Institute and Cultural Center for his achievement in the Arts. He was a Presidential Scholar in the Arts finalist, after being awarded a Level 1 Theatre Award from the YoungArts foundation; also, a Gold Medal recipient in the NAACP ACT-SO competition. Eric is an Ovation, NAACP Theatre, Broadway World, StageSceneLA, and Eddon Award winner!

Since moving to Los Angeles, Eric has performed at the Skylight Theatre, Wallis Annenberg Kirk Douglas Theatre, Pasadena Playhouse, Pantages Theatre, Long Beach Opera, Los Angeles Theatre Center, and twice at the Hollywood Bowl. His feature film credits include I’ll Be Watching, Coffee House Chronicles, Waiting in the Wings, and Sexina. He can be seen online guest starring on the series’ Monogamy, and Bozos; and is a series regular on A Capella, and the forthcoming dark comedy The Interns.

Eric believes in giving back to his community, and has partnered with programs that allow him to work with inner-city children in LA, and also in his hometown of Baltimore. He teaches acting to underprivileged students, and reads to children for the SAG-AFTRA LA BookPALS program; also, mentors with Engage The Vision.

Eric thanks his family and friends for their unconditional love and support. He gives all glory and honor to GOD for everything in his life. Stay in touch with him on all social media platforms @EricBAnthony. He is a proud member of SAG-AFTRA, AEA, and the NAACP! 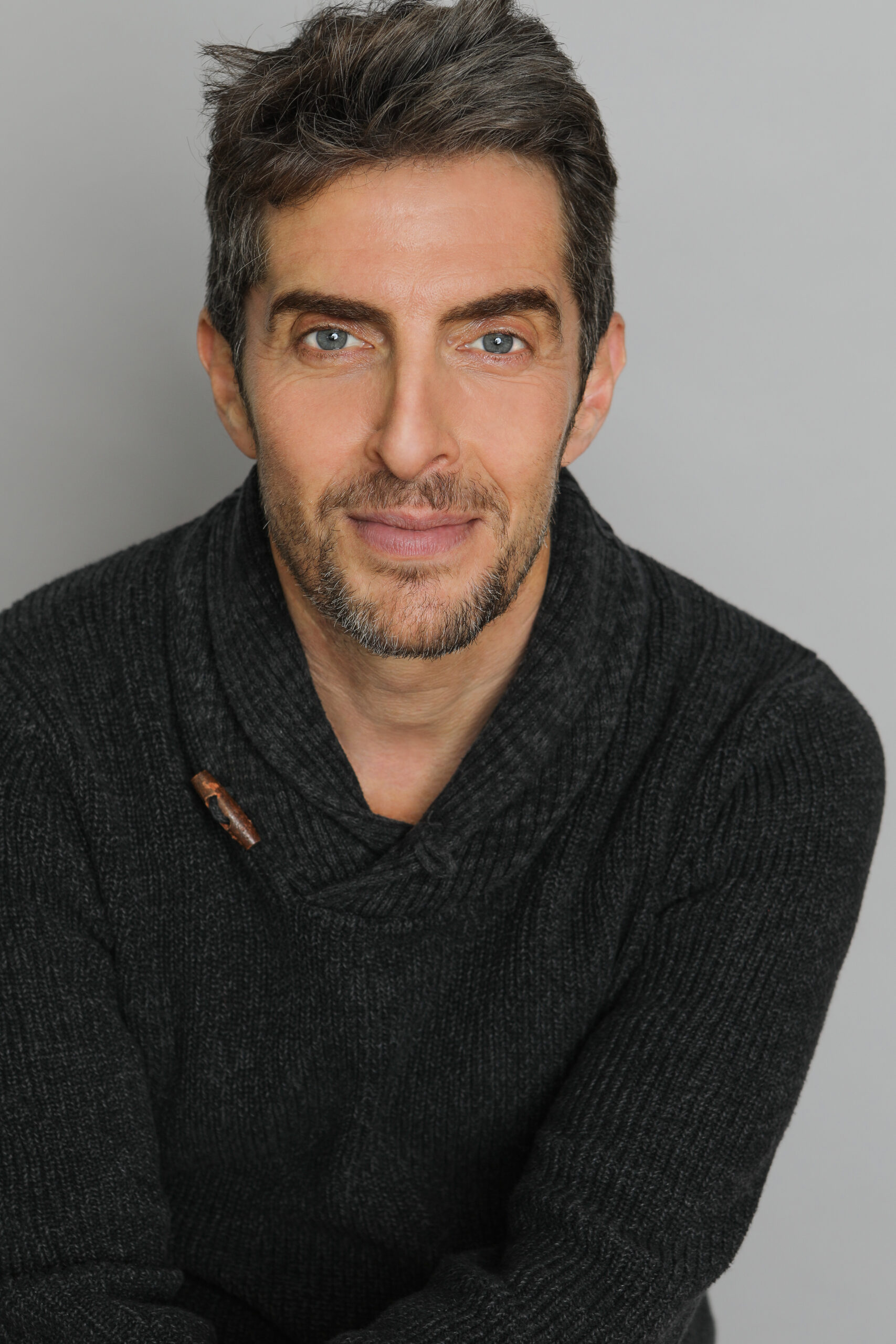 Ableson, is a U.S. T.V. regular, and English native. Resume highlights include:

Theatre: West coast award-winning premieres of End Days, Shopping & Fucking, Pulitzer-nominated Orsons’ Shadow, The Threepenny Opera, The Beastly Bombing, This, A Funny Thing Happened On The Way To The Forum, The Big Bang, and Haywire!.

Film: By The Soles Of Our Feet, Dirty Girl, Caffeine, The Gymnast, The Polar Express, How To Train Your Dragon 2, Thor, The Dark World

Much MUCH more at www.andrewableson.com 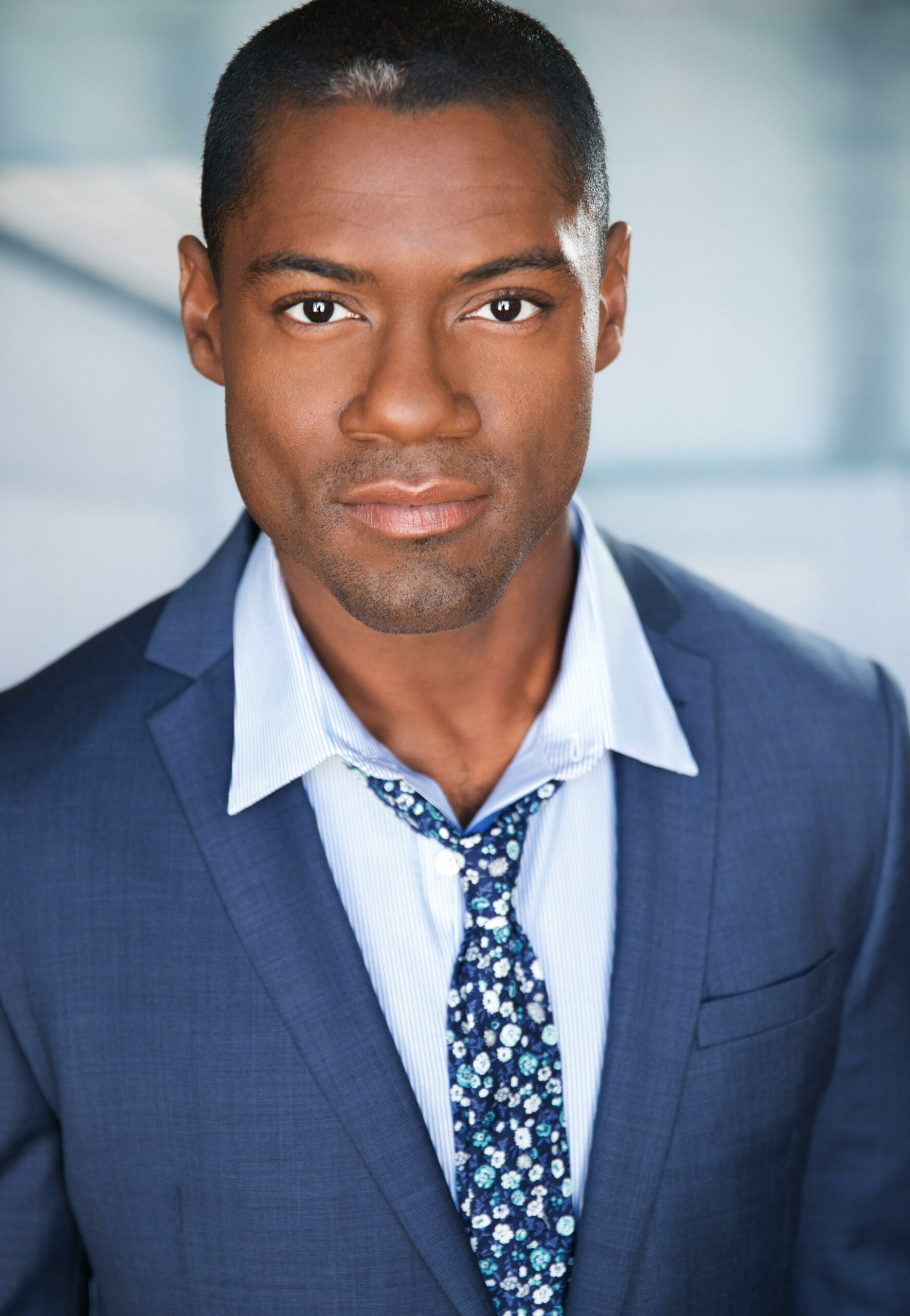 Daniel Mills grew up in the Capital City of Washington, DC oftentimes the only black person in his classes, having spent his childhood in schools whiter than the Osmonds. As Daniel witnessed DC change from ‘Chocolate City’ to ‘The DMV’, he decided that it didn’t matter if his hometown was black or white as long as he could beat it out of there. He talked to the man in the mirror and made like a speed demon to sing and act in NYC and NJ while telling his family to just blame it on the boogie.

The boogie came as Daniel studied at the Mason Gross School of the Arts. From there he had the honor of singing with Valery Gergiev, Childish Gambino, and the privilege of twerking for Big Freedia. Daniel went on to produce the inaugural Georgetown U Kickback music festival with headliners The Knocks. Moving off the high of festival production, Daniel went back to the stage to perform in original musicals The Four Horsemen of the Funkpocalypse, Starry, and most recently Invisible directed by Marc Kudisch. You can constantly find him on the interwebz singing for the Thumpers of Twitch’s HyperRPG or in the background of TV shows, doing daring things like laying as a dead soldier at Halle Berry’s feet in Extant and laughing uproariously at Roastmaster General Jeff Ross and Jerry Minor’s performances in Netflix’s Historical Roast Special. But not at Ryan Pigg’s. He knows why. 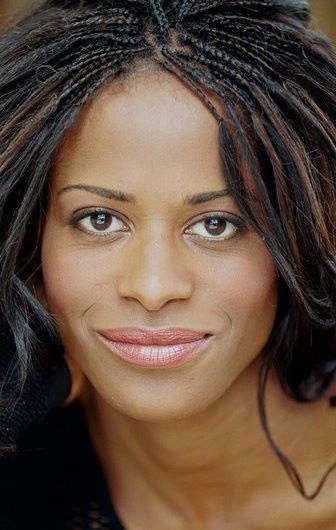 Daniele Gaither is an actor who sat in the courtroom for The People of the State of California v Michael Joe Jackson.

She has been seen and heard on MADtv, Mad About You (the reboot), A Black Lady Sketch Show, The Thundermans, Angie Tribeca, 2 Broke Girl$, Bojack Horseman, Mike Tyson Mysteries, The Great North, Family Guy and American Dad.

She performs live improv with The Black Version Show at the Groundlings Theatre and throughout the U.S. and Canada. 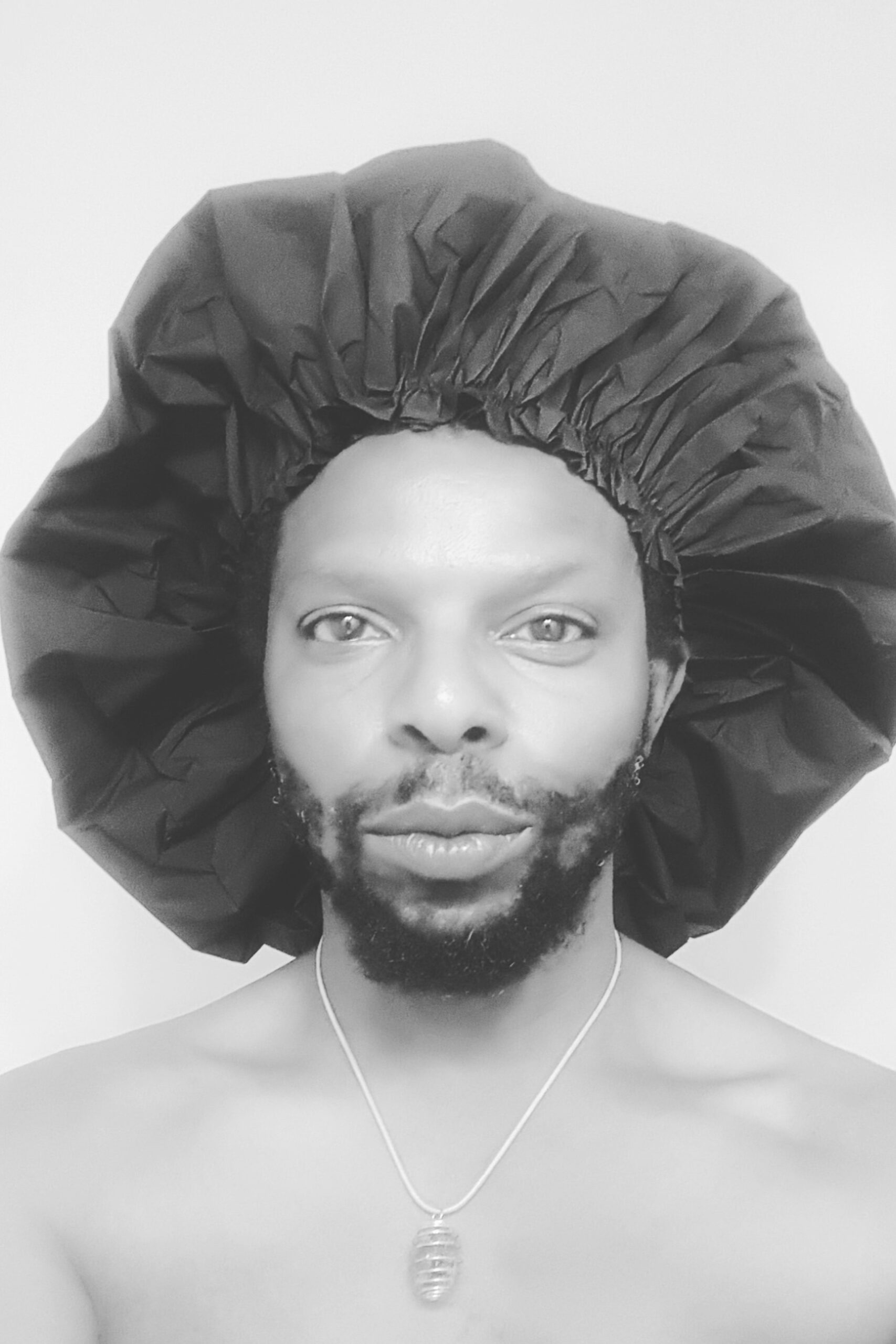 Pip Lilly, a Scorpio from Peoria, IL is an actor and writer. This is not his first MJ send up as he parodied the singer in the Chicago production of The Roof is on Fiddler at Improv Olympic. Other credits include Frank TV, Butch Camp, Daughters of Legend, Barely Famous, and the web series Failing Upwards (which he also co-wrote). Stage credits include The Second City National Touring Company, The View Upstairs (West Coast Premiere), Showboat (National Tour, London), Joe’s Garage (World Premiere) and Schoolhouse Rock Live! (Chicago).

You can hear Pip weekly on his podcast The Shiznit on The Redrock Podcast Network. 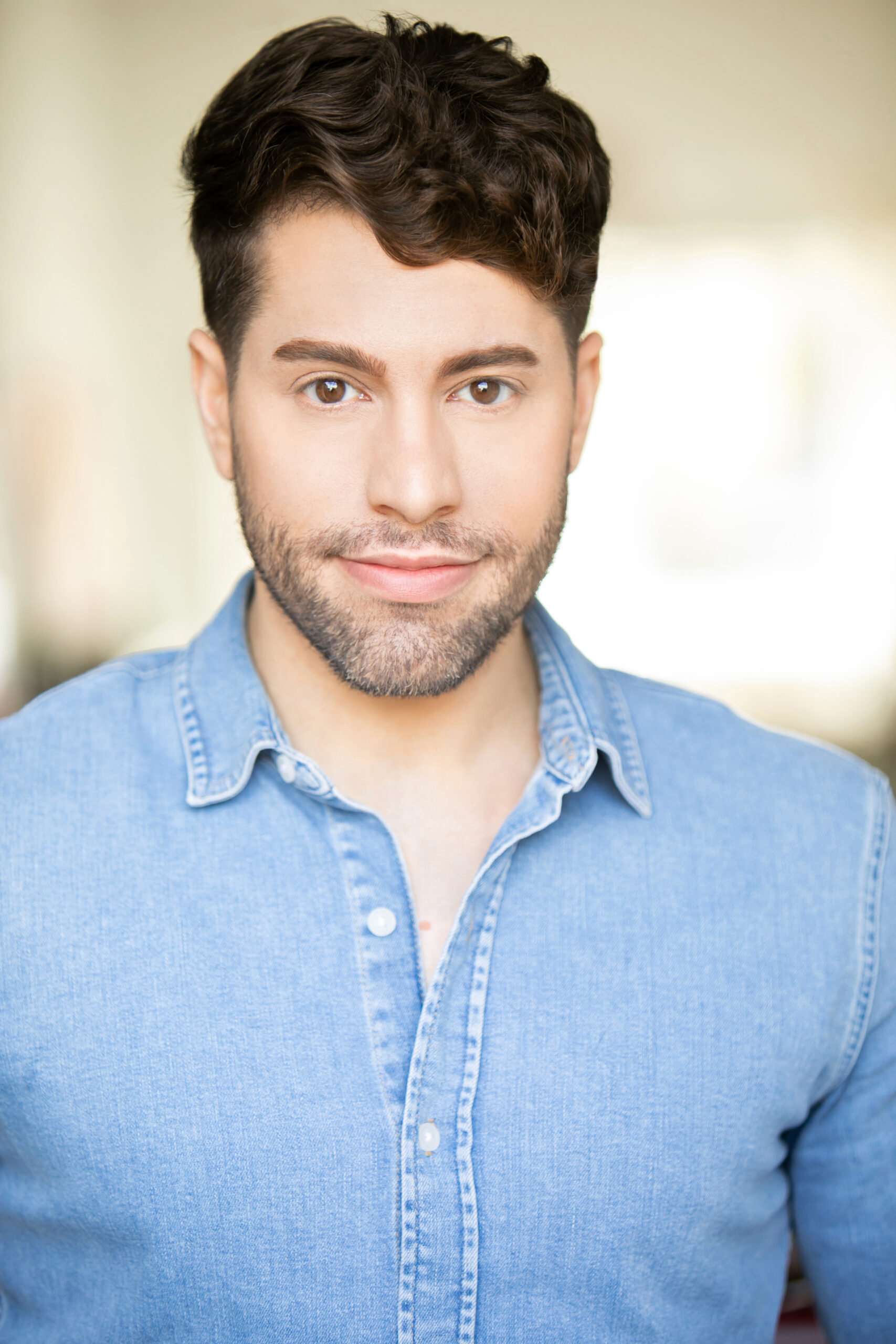 Justin Anthony Long (Donny Osmond) Just like the real Donny, Justin has worn Joseph’s fancy multicolored coat in four different productions of Joseph & the Amazing Technicolor Dreamcoat, most recently with 3-D Theatricals. Some other credits include Mutt House (Center Theatre Group), The Brat Pack (For the Record), the musical parody of Stephen King’s It (Rockwell), and Martin Scorsese’s Oscar Nominated film The Wolf of Wall Street. Also a writer, some credits include Benjamin Franklin & the Legend of the Vajra (LiveReadLA), the musical web-series City of Dreams (NY Times, USA Today, Playbill), and the musical comedy Welcome to Shoofly (ASCAP/DreamWorks MT Workshop). More at www.JustinAnthonyLong.com
Insta: @justinanthonylong

Terra Strong is an actor, singer and dancer. She started her career in entertainment at the illustrious School for Creative and Performing Arts high school in Cincinnati, Ohio. Since she was a pre-teen Terra has worked in professional regional and national theatre. Some of her credits include Timoune in Once of this Island, Lutiebelle in Ossie Davis’ Broadway Musical Purlie, Fats Waller’s Aint Misbehavin’, High School Musical and Hairspray. While pursuing her Bachelor’s Degree in Commercial Music at Tennessee State University in Nashville, TN Terra started touring with the world-renowned Jimmy Church Showband as a headline singer and dancer for 5 years. New to LA, this year Terra received a nomination for Best Guest Actress in a Drama Series, in the 8x Emmy-Nominated web series Conversations in LA. She also starred in the feature film Zoombies 2 as the lead villain (*evil laugh*). Both titles available now on Amazon Prime. 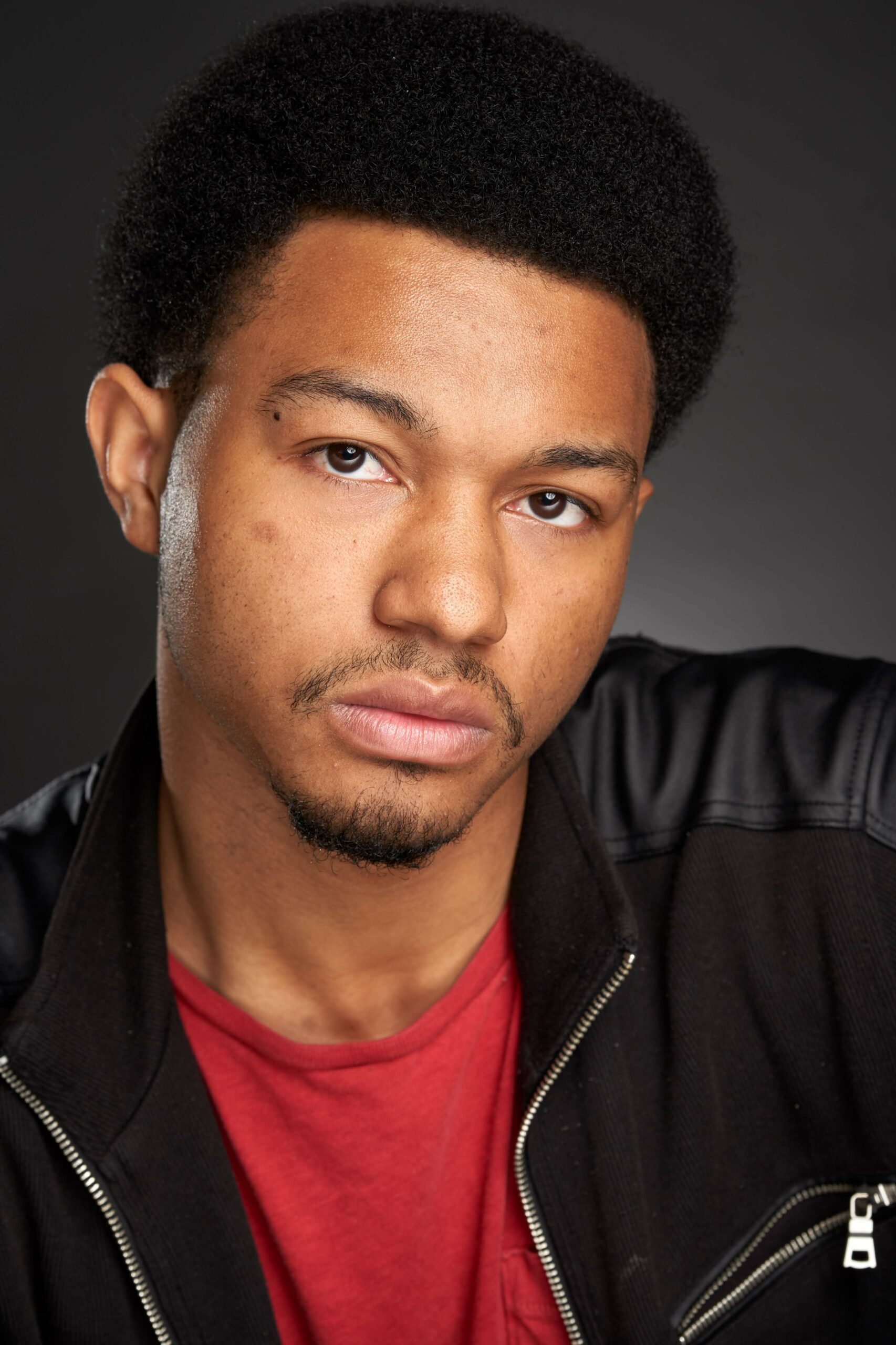 Trecey Dory has been a performer in some capacity for almost his entire life, learning how to dance and play piano when he was a child. He became interested in acting at age 12 when he took classes with instructor Jennifer Heath at John Burroughs Middle School. He then joined Amazing Grace Conservatory and studied under Wendy Raquel Robinson and Denise Dowse. Ramon C. Cortines School of Visual and Performing Arts is where he studied the bulk of his acting, and was exposed to August Wilson, who would become his favorite playwright. He then participated in the August Wilson Monologue Competition, where he became a Regional Finalist. After he graduated in 2016, Trecey decided to venture into the professional world and landed an ensemble role in Whittier Community Theater’s Beauty and the Beast. He then became a founding member of The Wallis Youth Theater Company, (now called The Wallis Studio Ensemble) where he helps create work to promote social change. His credits with the ensemble include Word of Mouth, Thebes, Disposable, The Hitchhiker’s Guide to the Galaxy, and S.O.S. His most recent performance may have scared you at this year’s Halloween Horror Nights at Universal Studios Hollywood, where he played Frankenstein’s Failed Experiment in the maze “Frankenstein Meets the Wolfman!” 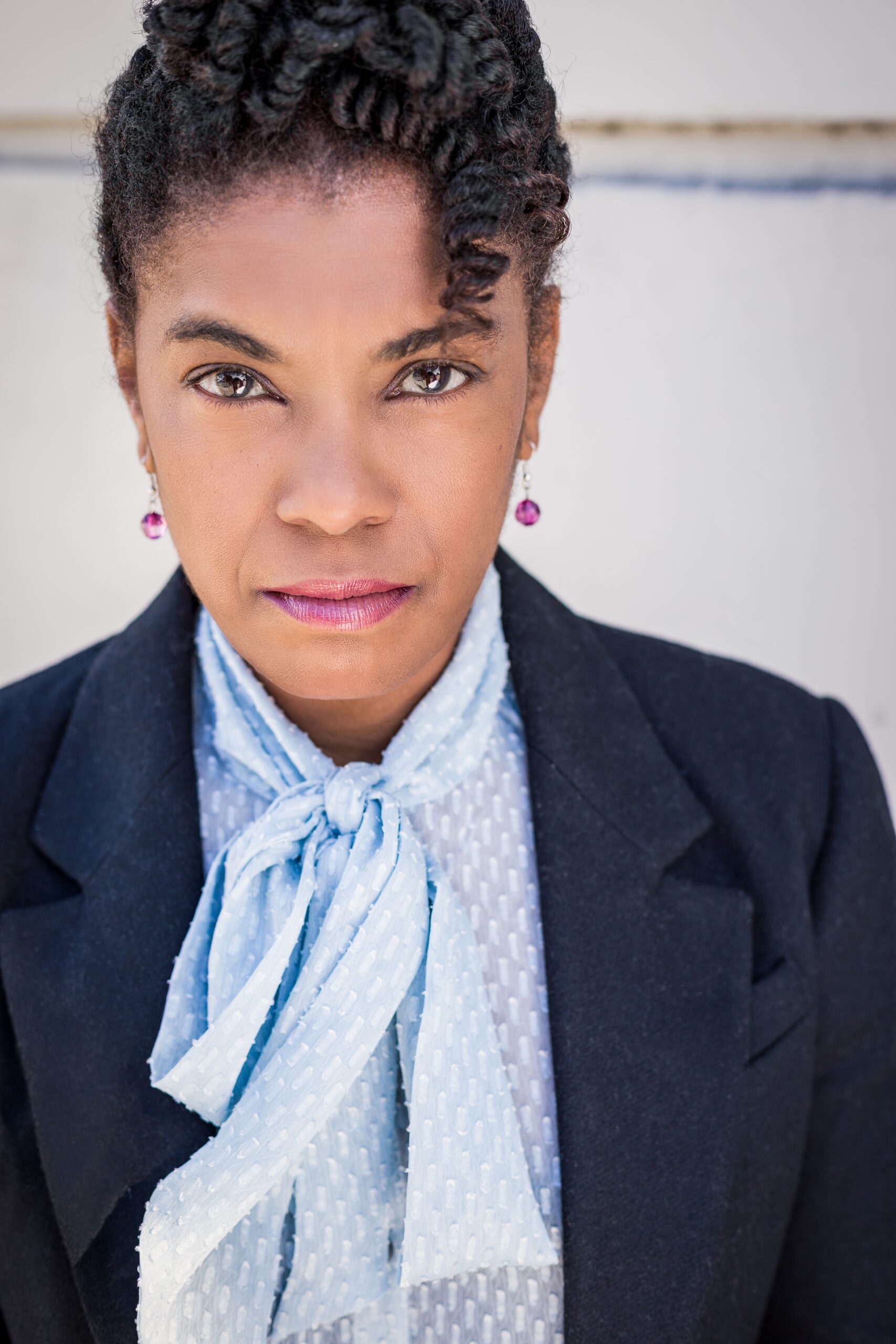 Suzanne hails from Oakland, California. When not channeling her inner Katherine Jackson, Suzanne Nichols teaches theatre to elementary students. She has studied theatre at ACT, as well as with Constance Tillotson, and has appeared in HAiR; Pope Joan; as The Lady in Red in For Colored Girls Who Have Considered Suicide When The Rainbow is Enuf; and as Eartha Kitt in My Name Is Eartha, But You May Call Me Miss Kitt. She was also in an episode of Room 104 on HBO, and is very proud to be a part of Julien Nitzberg’s amazing creation! 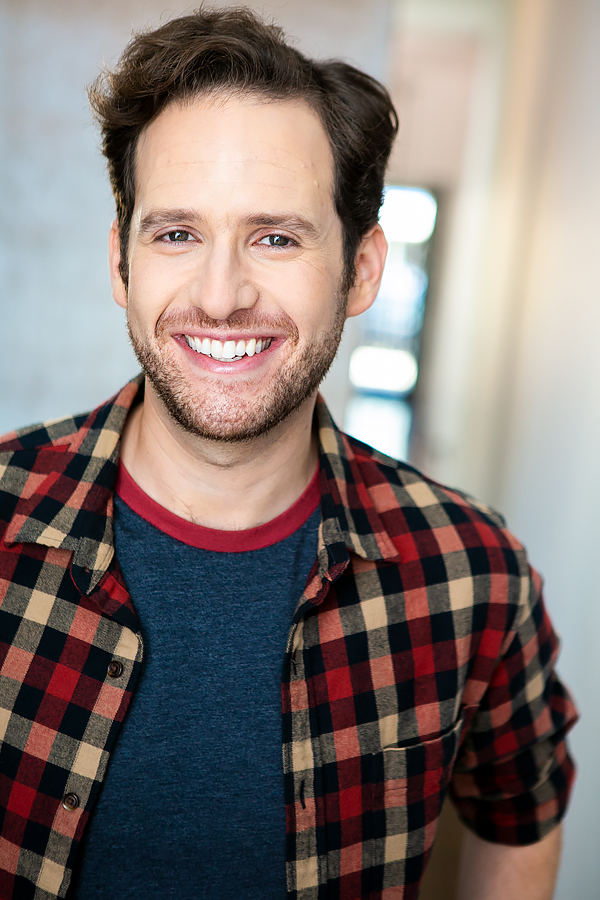 (Understudy for Vikh-Tah and others)

Mark, or Mr. April in the 2013 Nice Jewish Guys calendar, hails from Phoenix, Arizona and has lived his whole life with Michael Jackson’s initials. A sea- soned – typically thyme and rosemary – television, theatre, and voice actor, Mark has spent the last few years opposite Minnie Driver on the series nale of Speechless, getting pepper sprayed on FOX’s 9-1-1, fleeing Kerry Washington on the How To Get Away with Murder/Scandal crossover, and bumblingly doing his master’s bidding as the animated egg-shaped robot sidekick on Nickelodeon’s I Am Frankie, among a fortunate many other things you can find at IMDb.me/ MarkJacobson.